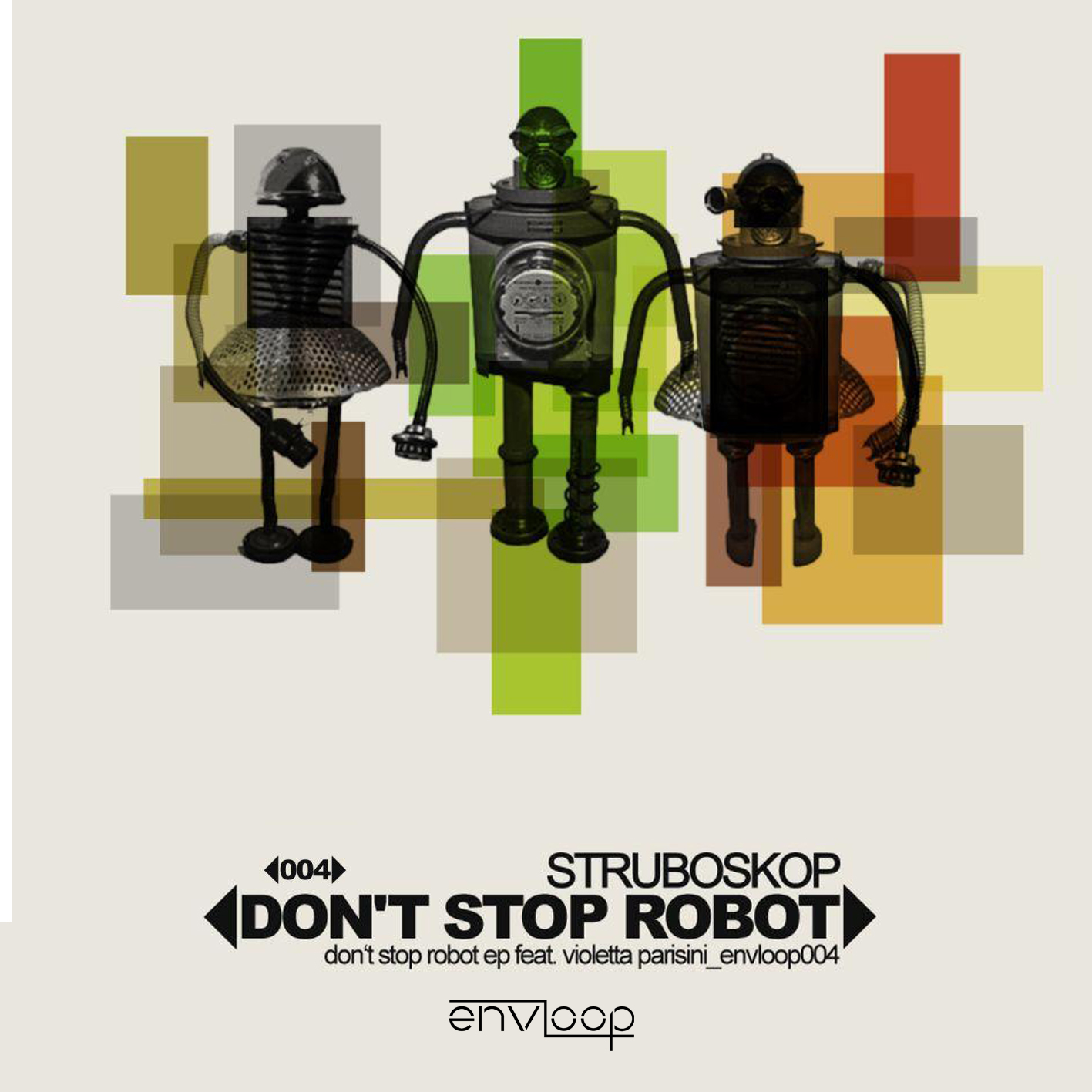 “Don´t Stop, Robot!” is a groovy, catchy Italo-Discohouse/Synthpop tune. The warm jazzy vocal bring this hypnotic tune up to epic heights, and soon you’ll be singing “Don´t Stop, Robot! Just sayin´ yes and no and yes and…”.

Track two, “Roboskop” furthers the Italo feeling on your turntable, getting you “pazzo” over it, as does track three, „Roboterotic“. Alberto Terzi´s Clubmix of “Don’t Stop, Robot” is a superb re-interpretation of the original. It´s Italo Synthpop grooves will have you doing “the robot” in no time. Why we are so sure about it? Well, because it’s worked like this on dancefloors from Shanghai to Vienna where the tune has already been tried and tested. On all those dancefloors, it didn’t take a minute to turn the “dance”floors into “Robot”floors…

Struboskop, an Austrian dj/producer crew based in Vienna, whose crew-members Zorillah, Simeks and Techtrix “learned their skillz” in the beautiful Austrian mountain landscape of Vorarlberg. They have appeared frequently on international music-platforms and have been played by artists such as Round Table Knights (Made To Play, CH). Smalltown DJs (CAN), Social Disco Club (PRT), Top Billin (FIN), Functionist & Beware (UNLTD, AUT) and others.

Violetta Parisini is also Vienna based, a multi-talented Jazz singer who has just released her album “Giving You My Heart to Mend” on Universal. The album, produced with Florian Cojocaru, is a collection of catchy Jazz-Pop tunes but Violetta has not forgotten her commitment to electronic beats. Having discovered turntables as an instrument for herself and as an accompanying tool for her vocal-overdubs, she started a DJ-ing and singer career in 2001. Ever since, she has toured clubs between Berlin and Vienna, between Bratislava and Munich, her record-case in one hand and her microphone in the other.